He looks a shadow of the player we saw just twelve months ago. Where he would run straight at a full back and either dart round him or go straight through him, he now taps around with the ball, looking like an indecisive toddler waiting for a parent figure to come and help him out. His crossing is now simply woeful, varying between slicing behind or hitting the first man. So many times a United attack breaks down at the Ecuador international. He gets the ball stuck under his feet and after about 10 seconds of trying to get it out just surrenders the ball to the full back.

Sundays FA Cup tie at Old Trafford was the pinnacle of his mediocrity this season in my opinion. This was a game where United as a team were woeful. Having taken a 2-0 lead inside 11 minutes against Chelsea, they proceeded to put on an exhibition of how to throw away a game. Possession was turned over more often than a pancake on Shrove Tuesday and the midfield duo of Carrick and Cleverley, who had dominated play for the opening 25 minutes, simply disappeared, seeming to wave the Chelsea attack through rather than make any attempt at a tackle. Valencia entered this game a minute before half time, replacing the injured Nani. From there he displayed all the characteristics of this season that I have listed above. Time after time he wasted United possession and drew exasperated responses from a bewildered Old Trafford crowd. The question of course is, just why Valencia’s form taken such a nosedive.

It seems an impossible question to answer. Maybe complacency could be suggested as a factor. Perhaps he rested on his laurels after last season’s terrific displays and has lost his edge as a result. If he felt he had a safe place in the team, that is no longer the case as, understandably, Sir Alex Ferguson has increasingly sidelined his once first name on the team sheet man.

Another possible suggestion is a back injury that it was reported is plaguing the winger. Supposedly Valencia has one leg longer than the other and it causes him a problem with his back. Personally I don’t see that as a reason for such an alarming drop off in his form. Maybe that may hamper your form a little but his performances this season have resembled a goat on rollerblades and I don’t see that this back injury would cause that.

It is hard to fathom exactly what has gone wrong. From devastating wide man to woeful winger, Valencia has been a real disappointment in an otherwise impressive season for Manchester United. Just why that is seems an impossible question to answer.

Why do you think Valencia has struggled so badly this season? 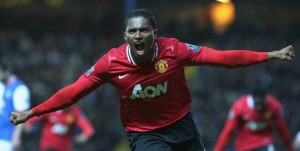 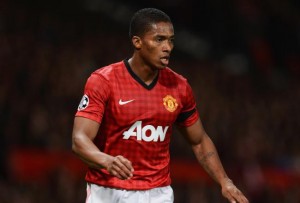